The Harmony of Old and New: Fukushima Sake Breweries

The world of sake may seem old-fashioned, but in fact, there are many emerging young brewers (and even some new breweries!) in Fukushima’s sake scene. Fukushima’s sake world shows that a harmonious collaboration between the best of the old and the new is a winning combination. Let’s take a look at the oldest brewery in the prefecture that has become one of the youngest, up-and-coming brewers who are taking over their family businesses, and how a balance of tradition and technology in their sake-making has led to award-winning sake. 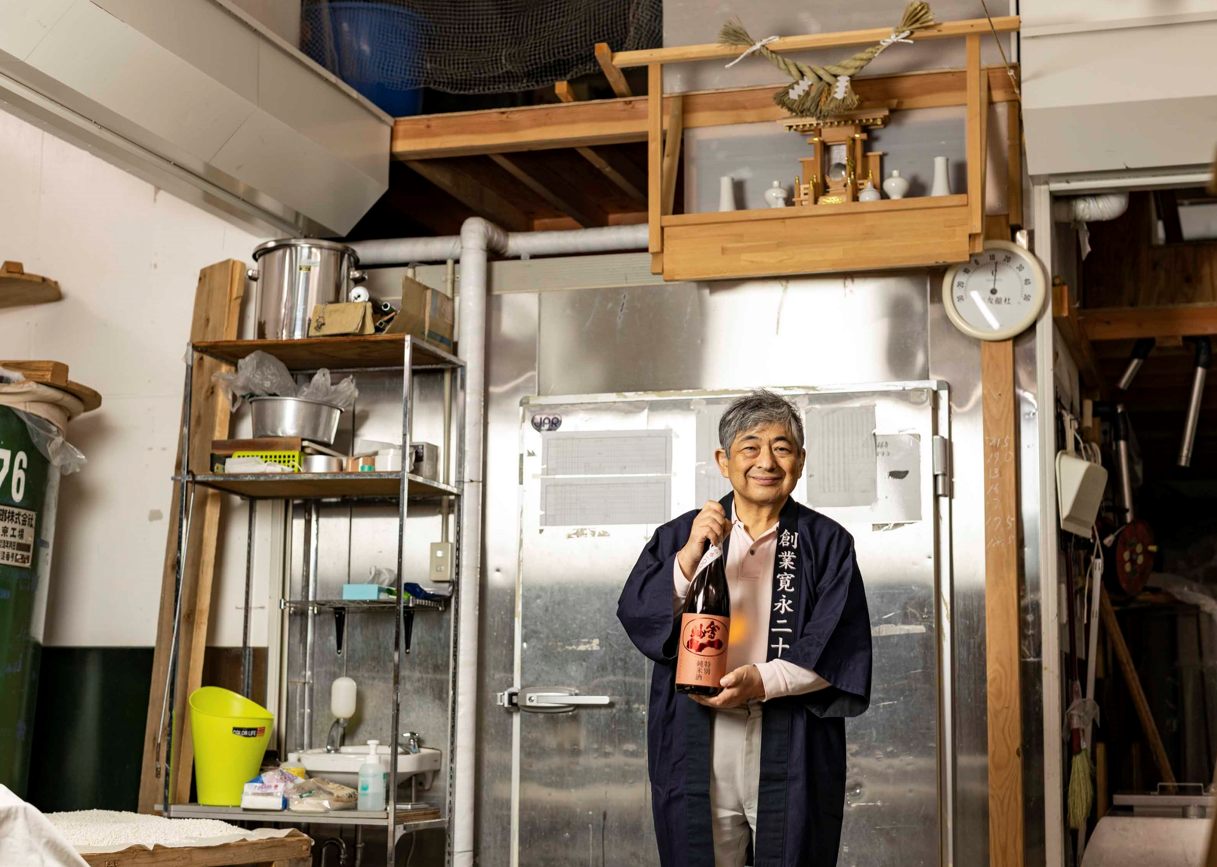 The tale of Kaishuichi is a shining testament to Fukushima brewers’ dedication to preserving family brewing traditions, even in the face of great obstacles. Kaishuichi (which means “best of Aizu'') is the oldest operating sake brewery in Fukushima, dating back to 1643. They were once the purveyors of sake to the lords of the Aizu Domain and boasted the largest production of sake in Aizu throughout the Meiji period.

However, in a way it is also one of the newest. It was once a vast brewery covering 1600 tsubo (5289 m²) in Aizu Wakamatsu City, but after a reversal of fortunes, the brewery closed down along with several of the owner’s family’s other businesses. But owner Yoshio Yamaguchi was not prepared to give up: “I just couldn’t let the Kaishuichi name disappear.” So, he sold off most of the grounds, rebuilt the brewery on a compact 60 tsubo (198 m²) plot, and started again with the support of his wife, the local cooperative, and a few loyal sake retailers.

While this new-old brewery may be smaller, they are not to be underestimated. The smaller size helps keep the production process efficient and allows for experimentation as well as diversifying their small batch sake, of which they make around 14 different varieties. “I want to keep doing my best to make sake that my ancestors would be proud of, even if it is in smaller quantities or using new technology,” says Yamaguchi. 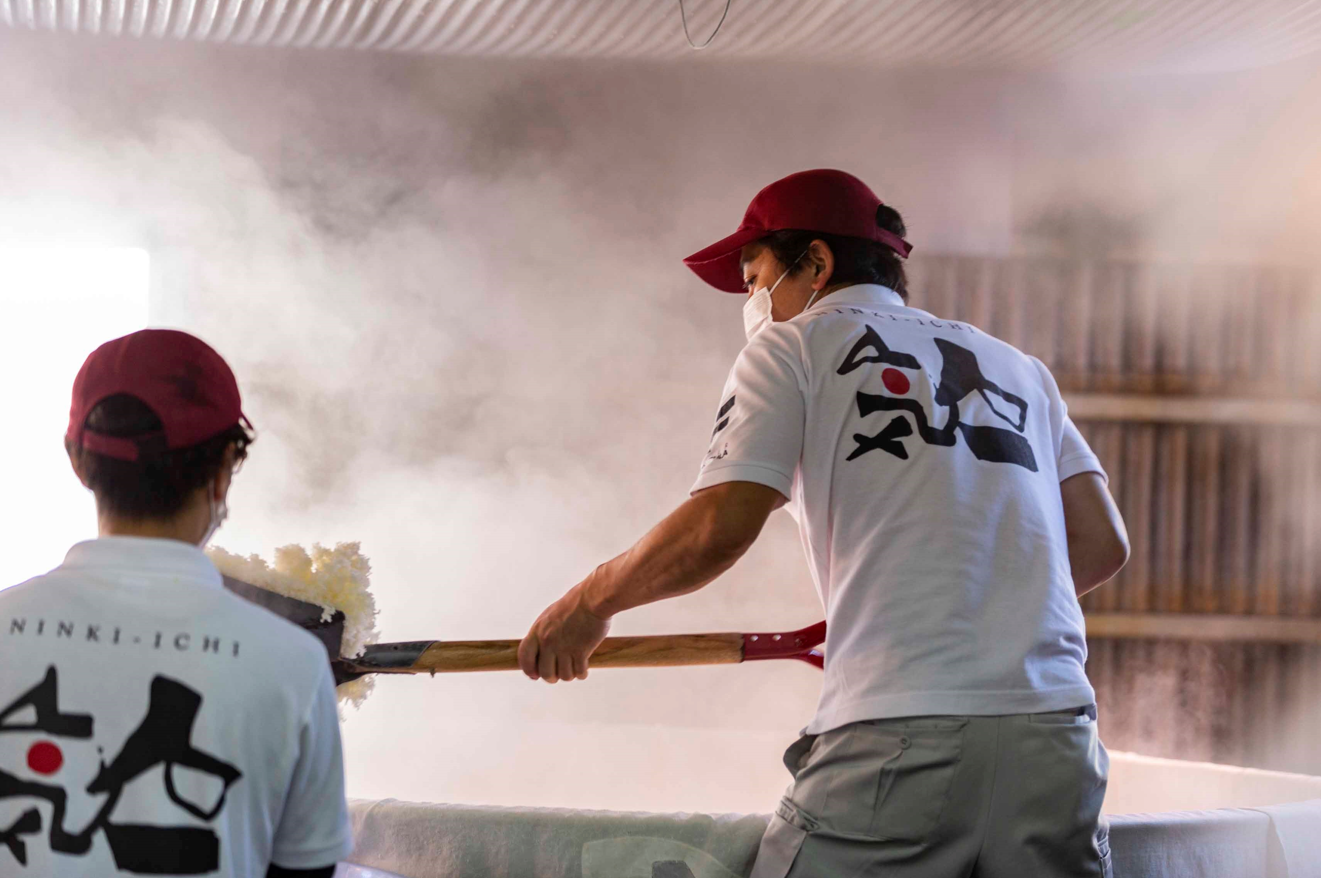 Ninki-Ichi in Nihonmatsu City is another example of lateral thinking. This innovative brewery was founded in 2007, taking over the brewing license of the Ouchi brewery, which was established in 1897 but no longer exists.

They are known for only making sake of premium ginjo level or above. “The former prevalence of futsushu (table sake) was due to a lack of rice after the war,” says energetic owner Yujin Yusa, “Why should we continue making it when we have plenty of rice? If you focus too much on tradition, you lose the freedom to try new things.”

The brewery moved to its current location after the 2011 Great East Japan Earthquake, and Yusa used the opportunity to update the machinery so they could make ginjo sake affordably all year round. Thanks to this specialized set-up and a cold room, their team of four brews throughout the year, preparingover 100,000 bottles of labor-intensive ginjo and daijinjo sake.

The youthful brewery balances maintaining some traditional choices (they are one of few breweries to still use barrels handcrafted from Yoshino cedar) and new ideas, such as aging their sake in bottles rather than in tanks. This idea came from producing their well-known sparkling sakes, which have been featured in lieu of champagne at Formula 1 races in Japan.

Looking forward, Yusa aims to increase their reach into foreign markets. They have already met with success in Europe and won a number of gold medals at international competitions. 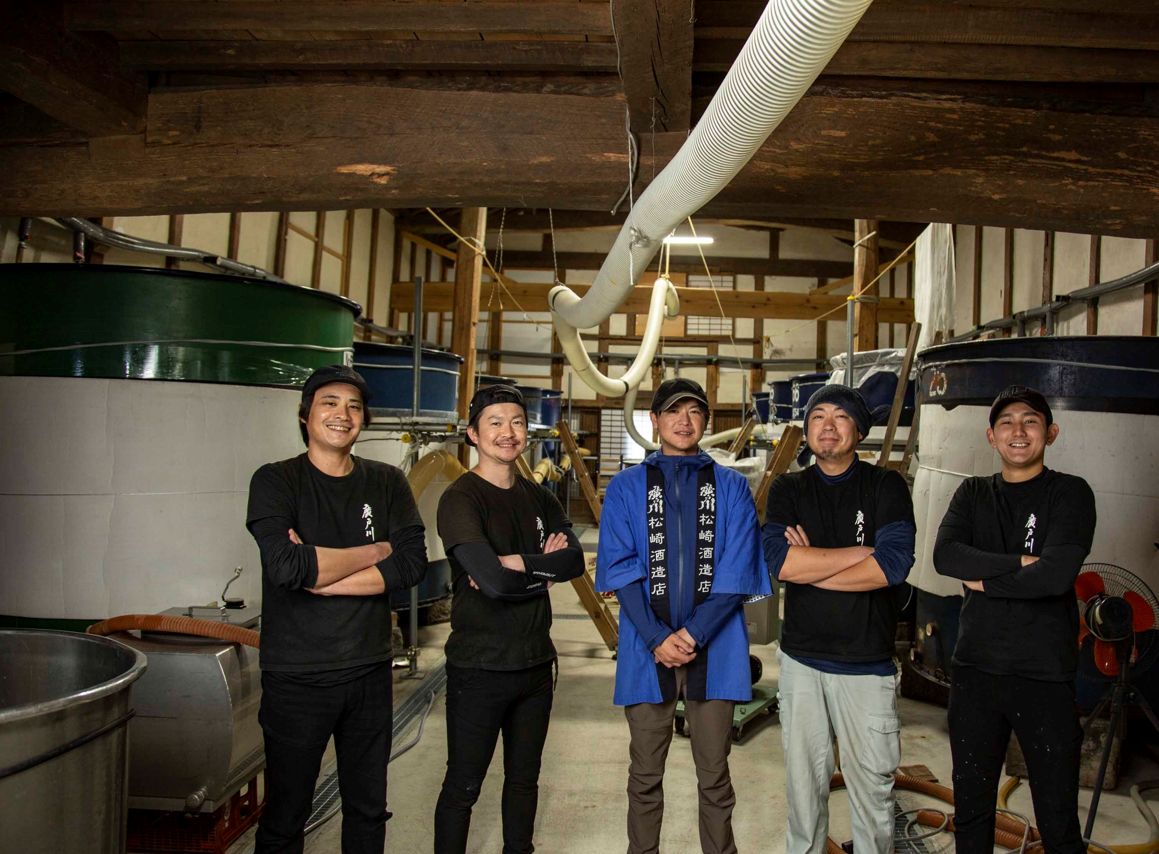 The Matsuzaki family has been brewing sake in the bucolic village of Tenei since 1892, but received a youthful boost of energy from 6th generation Hiroyuki Matsuzaki.

Although he had worked on the business side and assisted with basic brewing tasks, everything changed after the previous toji (master brewer) suddenly collapsed in 2011. Matsuzaki, then still in his twenties, unexpectedly needed to take on the role of toji at his family brewery. The same year, he created his first sake, focusing on just 11 tanks due to the lack of staff and setting his mind to making a nicely balanced brew. “I remember thinking that if I just didn’t sleep, it would be doable,” he says with a wry smile. Much to his own surprise, Matsuzaki’s attention to detail paid off, as his first brewing attempt won a gold medal at a major national competition. This was the start of a winning streak that has continued unbroken for nine years.

The sake maker took a big step and invested heavily in automating and simplifying any tasks not directly related to brewing, so he and his team could focus better on the process. In an era when most breweries are cutting down on the amount of sake they brew, they have quintupled their yearly production from around 20,000 bottles to 80,000. Matsuzaki is aiming to hit 100,000 by the time he turns 40.

“I want people around the world to recognize Fukushima’s sake, and use the knowledge we have accumulated from brewing our gold medal competition sake to the rest of our lineup, to create something people will love,” says the maverick. 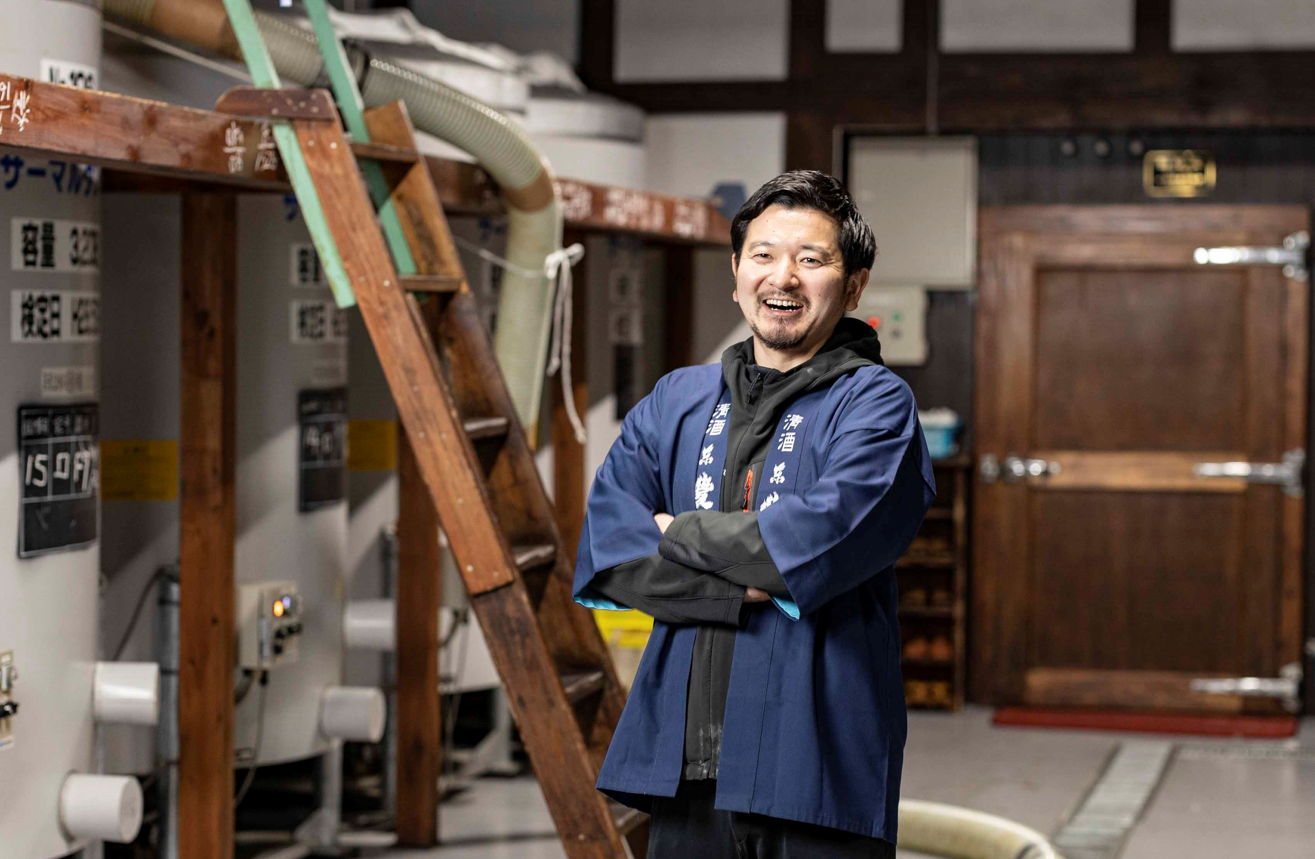 A fellow award-winning young brewer is Kensei Yanai, the 9th generation owner-brewer of Toyokuni. Initially put off by the “old school” image of sake brewing, during university he discovered that an increasing number of young brewers were replacing the old guard, which inspired him to return to his family business in 2009.

After returning to Furudono Town, the toji who had been with the brewery for many years announced that he wanted to retire. Worried about what that would mean for the future of the brewery, Yanai undertook a crash sake brewing course at the Seishu Academy, and stepped in as the new master brewer.

While still producing their trademark brew, Azuma Toyokuni, in 2011 Yanai created a new variety called Ibuki, which he describes as the “antithesis of old-school sake, with a cool and modern palate.” He chose to use rice grown in his hometown for this new brew, and says that “while there may be ingredients better suited for sake out there if you search across the country, we believe that the finest jizake (small batch, regional sake) can only be made from local ingredients.”

While all the kuramoto (brewery owners) in this lineup happen to be men, there are a number of female brewers in Fukushima! Check out this article to learn more about them.