Enjoying Sake Without the Alcohol

Don’t drink alcohol? That doesn’t mean you are barred from experiencing the flavors of this important part of Japanese tradition! There are a number of by-products from sake-making that are commonly used in Japanese cuisine, as they are both tasty and good for you.

Check out these examples of drinks, foods and even cosmetics made from sake-related products, so you can enjoy some of the flavors (and benefits) of Japan’s iconic drink without getting tipsy. 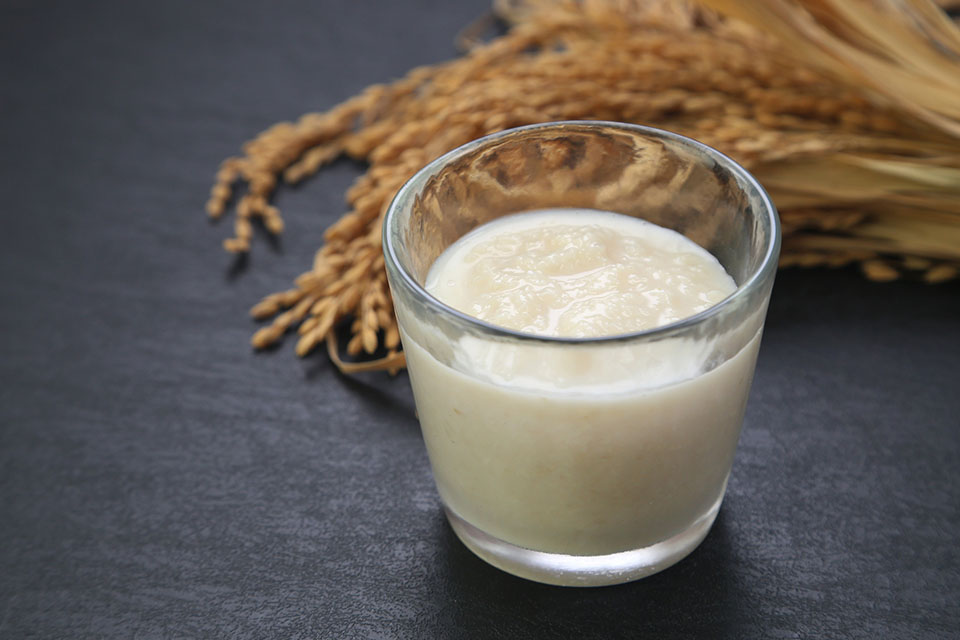 Before sake, there was amazake. This sweet, nutritious fermented rice drink’s history can be traced back to the 3rd century, when it is said to have been given as a gift to an emperor embarking on a journey to a far-away land. It is also linked to one of several types of sake made as offerings to the deities. Historical records suggest that during the 17th century, people consumed amazake in the summer as an energy drink to stave off fatigue from the heat.

There are two versions of amazake, and the type made by diluting rice koji (fermented rice) in water is non-alcoholic. Children often enjoy this drink during the Girl’s Day festival in March, and warm amazake makes an excellent nightcap or warm treat in winter. One of the perks is that all the sweetness of amazake comes naturally from the rice.

This ancient drink has seen something of a revival in recent years, thanks to a trend in home-fermentation, a renewed focus on health, and endorsement from foodies enjoying it as a quick out-the-door answer to breakfast, an afternoon pick-me-up or as a natural energy drink before or after exercise. You can drink it straight, warm it up or freeze it and enjoy it as sherbet. Just be sure to store it in the fridge and shake well before drinking.

High-quality amazake has layers of complex flavors, often including hints of banana, oats, porridge, marshmallows, chestnut, lily, basil and sugar cane. There is a lovely breadiness mid-palate, and the acidity balances out the sweetness from the rice nicely.

A number of breweries in Fukushima also make amazake, including (from left to right): Yazawa Shuzo, Niida Honke and Ninki Shuzo

You may also come across some desserts flavored with amazake, such as jellies, although one of the most unique and unusual must be koji “chocolate.”

Niida Honke, a sake brewery in Fukushima’s Nakadori district, is known for their innovative ideas, including this koji “choco.” The brewery hopes that if children grow up with a love of amazake, they will be more interested in sake when they get older. This treat is ideal for those interested in sustainability, as their amazake is made with rice koji from rice grown using natural farming methods, one of the brewery’s many unique traits.

While it resembles a bar of white chocolate, the aroma is much more complex, resembling freshly brewed, unpasteurized sake. It is soft and creamy on the palate but with a nice crunch, like biting into steamed rice with the richness to match. The finish is long, with hints of apple, pear, and chestnut. The flavor profile is very similar to what you might find in a lot of junmai (pure rice) and nigorizake (unfiltered) sake. 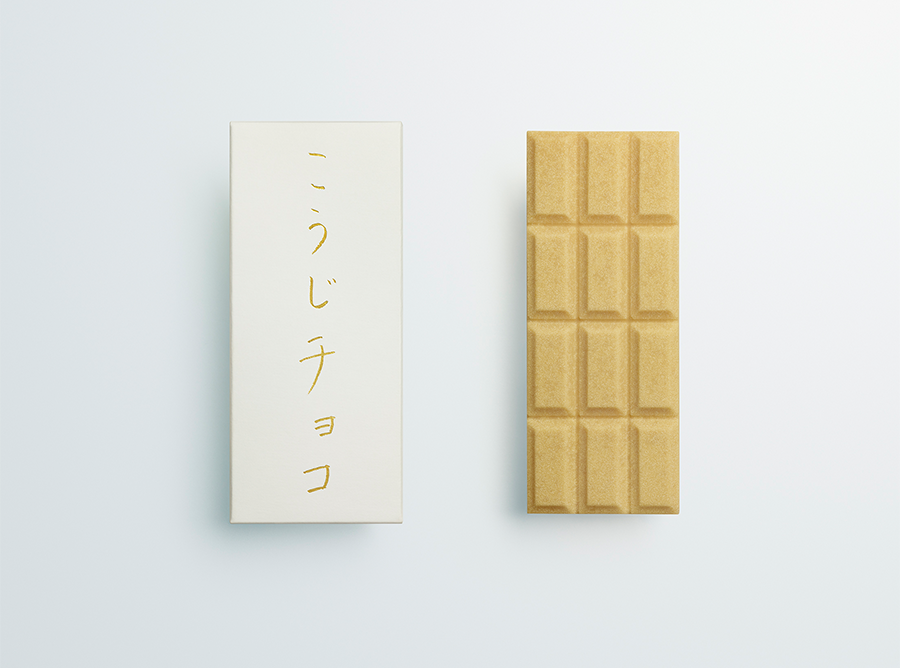 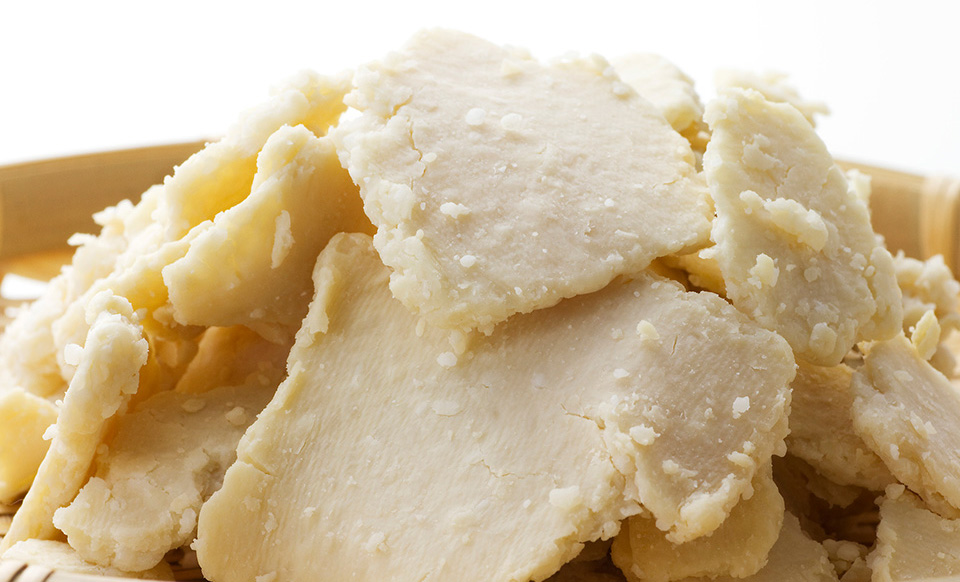 Filtered sake leaves behind solids called kasu (sake lees). Many brewers sell their leftover kasu to customers and restaurants, where it is often used in Japanese dishes and even some sweets. As the lees absorbs the delicate aromas and flavors of the sake during fermentation, kasu are as sought after as sake itself.

Since the 12th century, kasu have been used to impart extra umami to a variety of recipes. One of the most popular usages is kasuzuke, pickling foods in the kasu. Before the invention of fridges, people used this method to preserve food throughout the winter. Pretty much any vegetable, fruit, and even meat and fish can be pickled this way!

One unique take on kasuzuke is made by leveraging sake’s naturally strong affinity with cheese, by preserving cream cheese in sake lees. If you love cheese and crackers, this is a great way to enjoy a twist of this popular combination, infused with some subtle sake flavors and miso.

The miso pickles company Kounokura has made a version of this tasty nibble that combines three fermented foods: cheese, miso and kasu from a junmai-grade sake from the Kinsuisho Shuzo brewery in Fukushima’s Nakadori district. The shared lactic notes in all three ingredients make for a winning synergy. It is just possible to make out some familiar sake notes, but the sake taste is not too strong.

Sake Cosmetics – The beautifying power of rice and koji

Sake (in moderation) is thought to have some health benefits that come from the rice used in the brewing process, specifically from the proteins and nine essential amino acids, many of which help bolster the immune system. Sake is also rich in peptides, which help control blood pressure.

Sake also appears to have some serious beautifying effects. For proof, look no further than the soft, clear skin of long-time sake brewers. (Some brewers even confess to taking baths in the brew!) In addition to amino acids, kojic acid from the koji reverses the effects of time on skin by remoisturizing it, and keeping signs of aging and damage at bay. The brewer’s secret is out, and the use of sake ingredients, extracts, and biproducts in cosmetics is trending.

IWC 2015 Champion sake brewery Aizu Homare, in the Aizu region of Fukushima, has got in on the act with their very own sake-infused moisturizing lotion that contains 60% sake extract (rice ferment filtrate), selected lavender oil and three plant extracts.

The lotion is clear and has the distinct, pleasant smell one comes across when walking into a sake brewery. The lavender oil gives the lotion a natural smell, which is a big bonus for those who don't like artificial perfuming agents. Despite not being a creamy type of lotion, it is very hydrating. 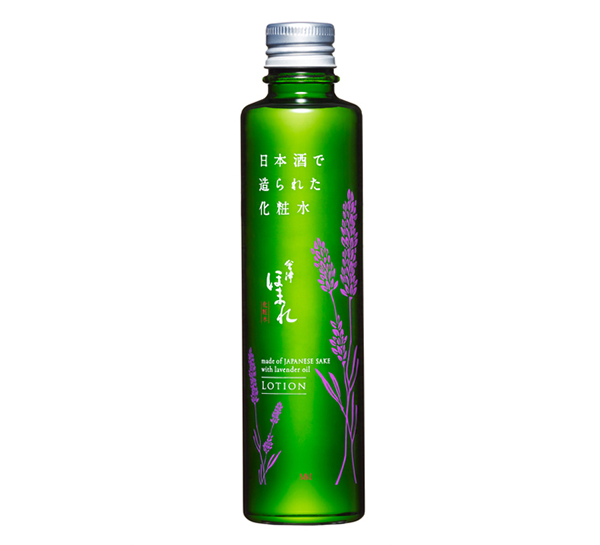