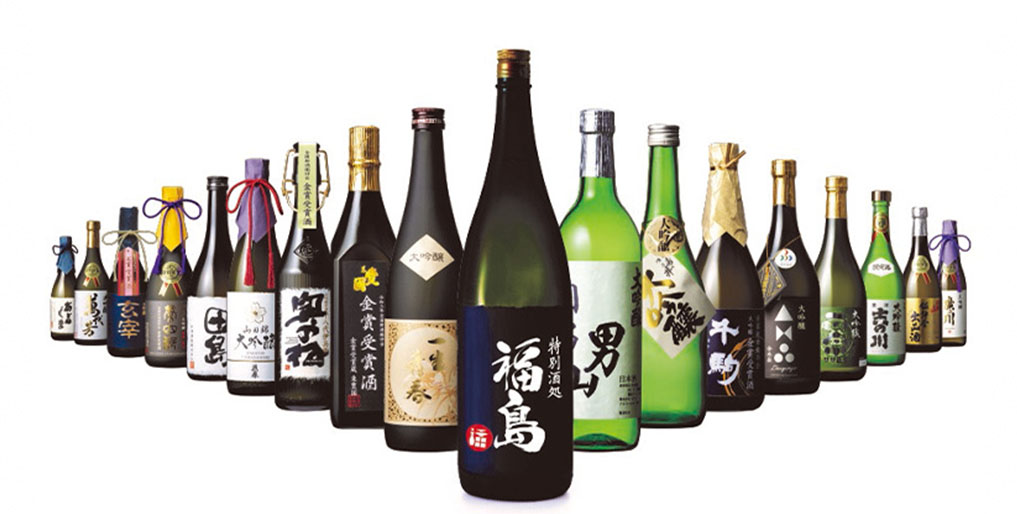 For three centuries, brewers in Fukushima have proudly used techniques honed over generations to transform the rich bounty of rice and clean water into something sublime. As of 2021, Fukushima Prefecture has won more gold medals than any other prefecture at the Annual Japan Sake Awards eight times in a row.

First Things First: What Does Fukushima Sake Taste Like?

According to Kenji Suzuki of the Fukushima Technology Center, who provides technical advices to local brewers and is nicknamed the “god of sake,” Fukushima sake tends to be light and intricate with a mellow aroma and natural umami from the rice. This universally appealing taste profile may well be the reason local brews have been so successful in competitions. Sake made in Fukushima is typically sweeter than those made in other prefectures and has a clear, clean finish. It is mellow, smooth, and above all, easy to pair with a wide range of food.

Let us take you deeper into the heart of Fukushima’s sake story and explain the four reasons why our multi-award-winning sake is worth the hype. 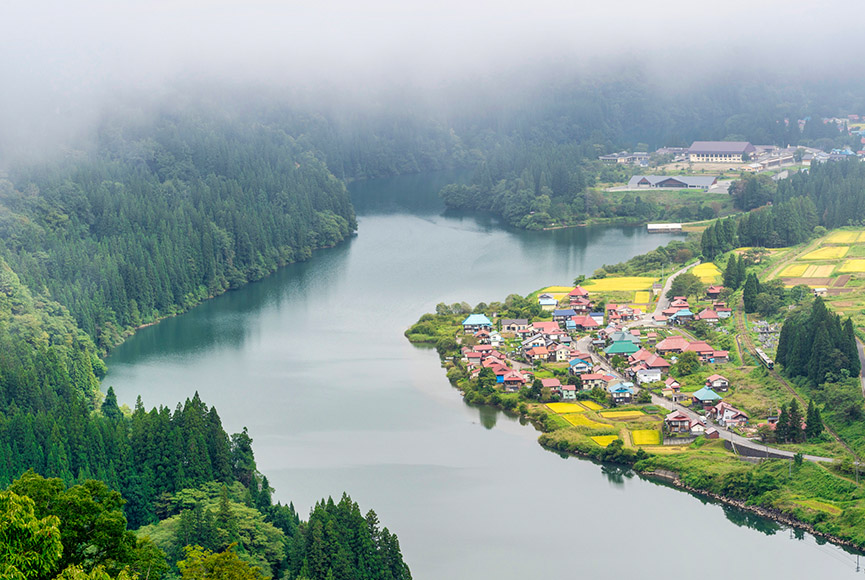 Fukushima Prefecture is the third-largest prefecture in Japan, and the mountain ranges and natural basins form three regions with very different microclimates. Fukushima brewers are resourceful and take advantage of their local climate and geology to create flavors unique to their respective region.

The westernmost Aizu region has cold winters with heavy snowfall in the mountains and humid summers, while the central Nakadori region is warm but experiences dramatic daily temperature changes. The eastern Hamadori region faces the Pacific Ocean, so has a cooler coastal climate with warmer winters and cool summers.

Each of these microclimates comes with different challenges. Colder conditions are great for keeping unwanted bacteria out of sake ferments, though they slow the activity of other microbes. Warmer conditions lead to more active ferments, but make the brewing season shorter. In areas with soft water, brews tend to have a softer touch, while areas with water with higher mineral content can make the most of it to create sake with higher acidity. 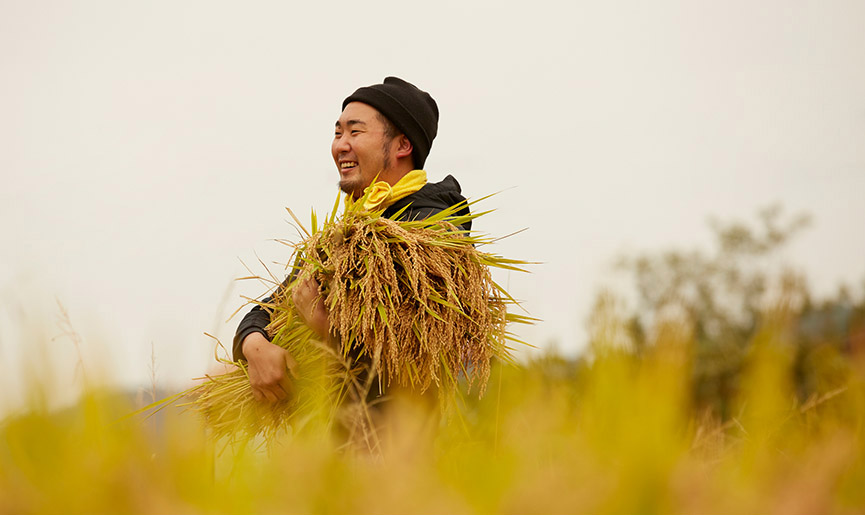 In the early 1980s, Fukushima’s sake was losing out to other prefectures in national sake competitions, and the local sake association was looking for a new way forward. They decided to pursue a big goal: Fukushima sake made with native ingredients that could only be grown in Fukushima’s unique climate.

Fortunately, the Fukushima Prefecture had already dedicated almost a decade to creating a new “dream” rice and yeast: Yume no Kaori rice and Utsukushima Yume yeast. Along with the sake brewing manual created by Suzuki, these new ingredients lived up to their promise (as yume means dream in Japanese) and led Fukushima’s sake to the current eight year winning streak at the Annual Japan Sake Awards.

But the prefecture is not resting on its laurels, as they released a special rice called Fukunoka in honor of the 2020 Tokyo Olympics. While early brewing trials of the rice were tough, brewers adapted their techniques to suit the quirks of this new rice, and several breweries went on to win medals for their new Fukunoka-based sake. 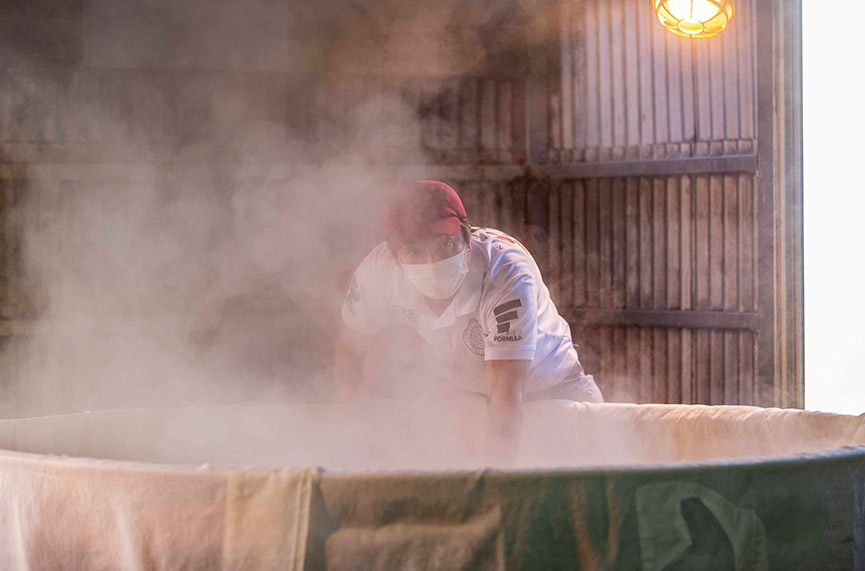 To create a more cohesive identity among Fukushima brewers and provide a space to learn more about their craft, the Fukushima Sake Brewers Cooperative established the Seishu Academy in 1992.

Originally taught by “god of sake” Suzuki, this 3-year brewing program has become central to Fukushima’s sake renaissance. Thanks to the collaborative atmosphere and free sharing of information at the Academy, brewers are encouraged to keep polishing their skills, improve the quality of their sake, and experiment with new techniques. There has also been a trend of reviving old techniques that add a new dimension to their brews.

Kimoto and yamahai-style brewing are two traditional methods that have been brought back, adding a new-old spin to Fukushima sake. Kimoto dates back to the 16th century and involves laboriously pounding the starter mixture of rice, koji, and water to speed up the starch to sugar conversion. The yamahai method was developed slightly more recently in 1920, when a professor realized the pounding process wasn’t absolutely necessary.

Several breweries in Fukushima also use traditional fune presses. Freshly fermented sake mash is poured into special cotton bags, which are then placed in layers in the fune (trough) and pressed from above using a vice. This labor-intensive process requires close attention; however it results in sake with more nuanced and intricate flavor profiles.

Young Fukushima brewers weaving tradition and innovation play a major part in the sake renaissance that is occurring both at home and overseas. The Seishu Academy has been key to the growth in innovation. Over the course of three years, students learn from senior brewers and technical experts and acquire the tools to try new techniques at their own breweries. The Academy has also helped create a close-knit community of up-and-coming brewers who help each other out, and work together to keep improving Fukushima’s brews and promoting them to the world.

For instance, one brewery makes all their sake using a very old technique of adding glutinous mochigome rice when building the fermentation, while another makes a sake in the French pétillant wine style. New trends such as lightly sparkling and low alcohol sake have also become popular. Suzuki says that some of these ideas would have once been taboo, but evolution is the key to retaining old fans and attracting new ones. Fukushima has become a trendsetter in the sake sphere, thanks to breweries experimenting and changing customers’ perceptions of the brew.

Taste the Difference for Yourself

Fukushima is often nicknamed the “department store of sake” for the unparalleled diversity and innovation in its brews. Now that sake from Fukushima is available overseas, it may be much easier than you think to get a taste of the unique terroir, craftmanship and innovation captured in each bottle. Be sure to check out this page to find your closest sake purveyor!