These three breweries in Fukushima show that sustainability in brewing, in terms of both the environment and work-life balance, is not only possible but the way forward. 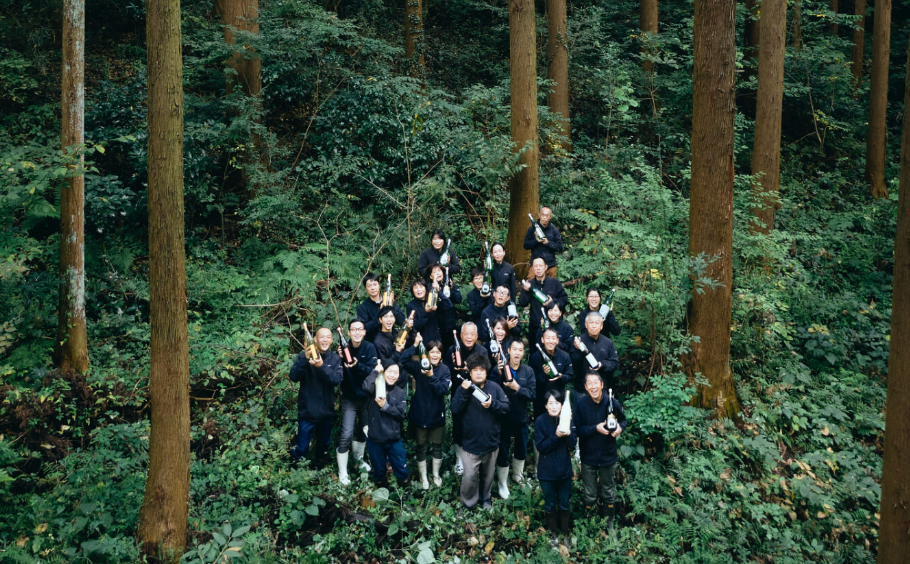 Niida Honke, started in 1711, has the broadest vision toward making their brewery completely sustainable. Currently led by the 18th generation kuramoto toji (owner-brewer) Yasuhiko Niida, Niida Honke is a role model for other breweries to follow for their steadfast commitment to sustainable sake and spirit of innovation.

Their goal is to be a brewery that protects Japan’s rice paddies, which are an essential part of the country’s landscapes and food culture. Following the motto, “300 years until now, 300 years to come,” their dedication goes beyond the confines of the brewery, and embraces the land and people around them. They aim to become fully self-sufficient and make their town so as well, trying to fulfill all their supply needs locally. They have even begun building their own wooden sake barrels, made from trees on their land, in an effort to preserve this dying art.

The brewery sources their rice from farmers who don’t use any chemical fertilizers or pesticides. In 2009 they founded the Niida Honke Aguri farming cooperative, and their organically grown rice was given JAS organic certification in the same year. The water they use for both sake-making and washing all the equipment comes from a natural spring in a mountain and a well on their property. Even the bottles they use are earth-friendly, as 95% of them are reusable.

But don’t think that this attention to sustainability and care for their local environment makes for a wishy-washy sake. For instance, Odayaka is a junmai ginjo sake made with a blend of three types of organic sake rice, which they have been making since 1994. It is a solid brew with a serious punch, a fruity pear-like aroma, and a clear finish. Besides their all natural, organic sake, Niida Honke has branched out into using koji to make narazuke pickles, koji “chocolate”, and delicious sugar-free sweets. 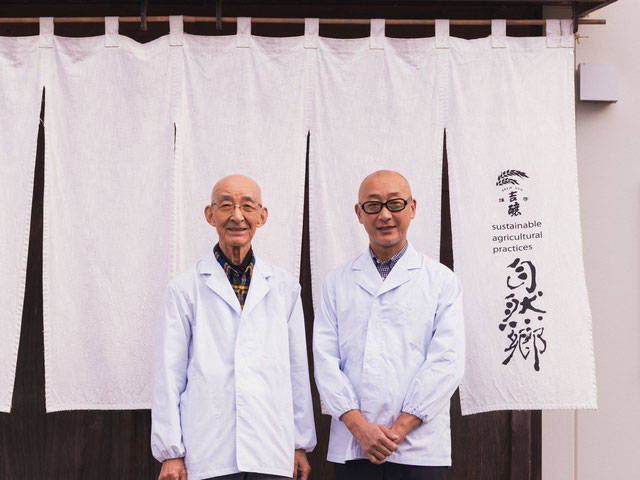 The Ooki Daikichi Brewery in the town of Yabuki is another sake maker with a strong focus on sustainability. About two hours from Tokyo by train, their brewery is a traditional wooden building (with a few modern upgrades) that captures over 150 years of history.

Yuta Ooki, the fifth generation owner-brewer, has followed in his father’s footsteps, making sake with low-pesticide, sustainably farmed rice, some from contracted farmers and some which they grow themselves. Ooki Daikichi brew their sake in a modern version of the yamahai method, using only lactic acid they cultured themselves (rather than adding in a commercially available preparation). This natural method results in sake, such as their flagship Shizengoh, with a concentrated but still light flavor.

In 2015 they took their ethos one step further, with the Shizengo BIO lineup of sake. BIO stands for “biopreservation,” denoting how they preserve the sake using natural microbiota and antimicrobials, without any additives or processing aids.

In addition to their premium brews, Ooki Daikichi also creates a highly sought after cooking sake called Konnichiwa. Carefully brewed and aged just like their drinking sakes, Konnichiwa has layers of savoriness that add depth to all sorts of Japanese dishes. 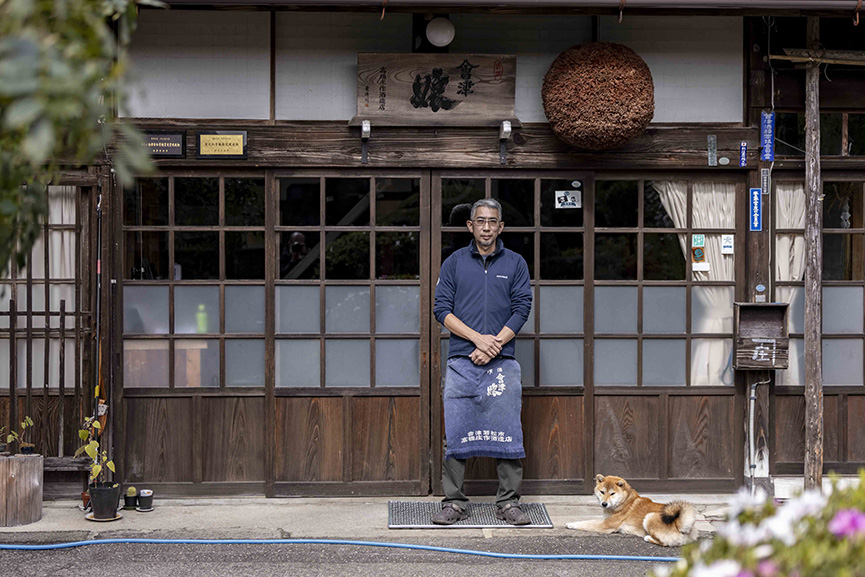 Sustainability is not just about nature, but also about people. Sake-making is a time-consuming process. It used to be common for workers to live and sleep in the brewery throughout the busy season, taking shifts to check the sake 24 hours a day. However, this is not sustainable, especially in smaller breweries with limited staff. Wataru Takahashi aims to change this, making it possible for people of any age or physical condition to work in his brewery.

The Takahashi Shosaku brewery’s ethos beautifully balances tradition and modernity. Of their eight kurabito (brewery staff), four are women, partially due to Takahashi’s unique approach. “Our staff work from 8:00 to 17:00. No overtime, no night shifts. We use technology to control and keep an eye on the heat and humidity, in order to avoid always having to have someone in the brewery,” says owner-brewer Takahashi. “My ultimate goal is to arrange things so that one person can do all the tasks needed to make sake, no matter their age or strength. I keep the sake making process completely transparent and teachable, and make sure each person knows how to do every task.”

One of his dreams is to have each member of the team create their very own sake from start to finish, from growing the rice in the nearby fields to bottling the final product in recyclable containers. He has already taken steps in that direction with their Aizu Musume Jo sake series, brewing nine individual varieties of sake that each come from a single rice paddy.

Similar to Niida Honke, the Aizu-based Takahashi Shosaku brewery also seeks to keep things local and circular. The dosan dohou (local ingredient and local ways) concept is at the core of everything they do. They are committed to using a combination of organic and low pesticide-grown rice, and always testing new natural ways to feed the soil of their own rice fields. Takahashi believes that their responsibility to the next generation is to keep the land fertile and healthy for years to come.

Want to find out about more of Fukushima’s passionate brewers? Check out these articles for more sake inspiration!